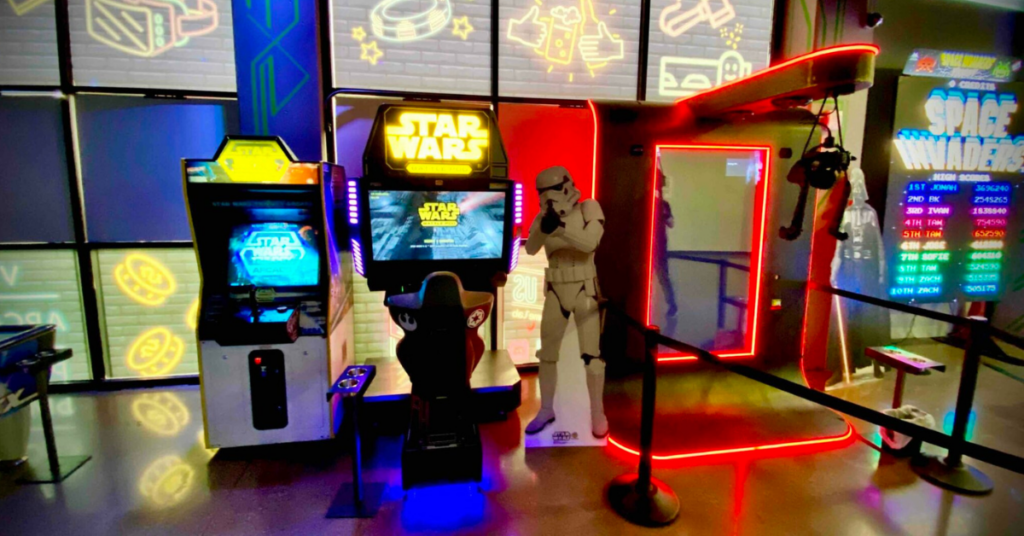 Will a virtual reality attraction bring people through your door?

Bob Cooney recently described how to turn your arcade game into an attraction. His ideas are summarized below.

1. Get the VRsenal Star Wars VR Arcade game for your arcade.

Star Wars is the biggest IP from a movie or TV series in history. One in three internet users is a Star Wars fan. Offer them an immersive experience that gets them off the couch and through your door.

If you want new customers, you have to let them know about your virtual reality attractions. Feature your new Star Wars game in all of your advertising. Dave and Busters makes this a primary part of their marketing strategy. They highlight a new game or attraction and splash it on television.

An easy way to get players to take photos and share on social is to get these Darth Vader cardboard cut-out characters for selfies. Park an employee in front with a camera and offer to take pics. (I know, labor problems.)

VR is one of the most popular genres on TikTok. If you’re not yet on that platform, this is a great way to start. Elon Musk recently reposted a VR video from two people playing the Virtuix Omni Arena on Twitter, and it received over 5 million views.

I don’t mean sell T-shirts. I mean use things like Star Wars plush in cranes and merchandisers. Or Star Wars collectibles, toys, and game in your redemption center. Then see point number 2 above.

Create a Star Wars themed event. Run a Star Wars cosplay event. Include a costume contest. Get people in costume putting on a VR headset and playing the Vader Immortal virtual reality attraction. Give away Star Wars collectible prizes for the best costumes, the best video, best photo, and highest score. Or hold a Star Wars world marketplace. Invite local artists and makers to come show and sell their sci-fi wares.

Don’t forget to get lots of photos for social media. And then see Step 2.

Local media is starving for interesting content. Especially with new technology like VR. Call the local paper and news channels and invite them to cover your entertainment event. After the event, put together the best photos and video clips onto a cloud drive. Draft a press release. Send it to the local media for post-event coverage.

6. Host a Themed Fund Raiser for a Local Charity

Get the Rebel Legion in for a fundraiser for a local charity. Engage your employees to help raise money. Include other Star Wars games, like the Mandalorian pinball from Stern. Or get some of the classic Star Wars games we wrote about here. (Include cross-link to post 1).

Do you want a free consultation on how to increase your business with Virtual Reality? Reach out to Bob Cooney, he loves working with operators to help them be more successful with VR.

Are you ready to bring hordes of Star Wars fans into your door? Reach out to us today and let’s start the process. 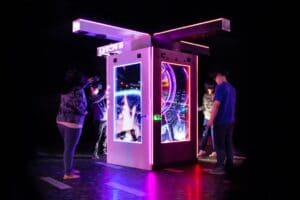 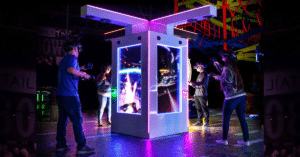 The original VRsenal unattended VR platform was already the top earning VR video game in the world. But the engineers at VRsenal know that there’s always room for improvement. So they folded… 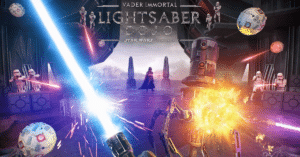 Star Wars has a massive fan base of loyal and often fanatical people across multiple generations. Us included. We were thrilled when publisher Nomadic approached us with their Vader Immortal: Lightsaber Dojo…